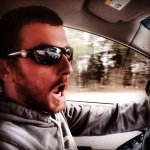 Long ago in a small town in east TN called Union County, I became interested in playing music. My first experience was with the bass guitar. I remember borrowing a fender bass from my friends neighbor and trying out for the band. None of us had really been playing long if any at all and we had no idea what we were doing. Shortly after that I decided to switch to guitar. Luckily, I had a good friend that learned a lot from his father and he helped me out. I had a bit of a knack for it and learned most of the basic chords in a few months. I was quite young, around 12 or so and I had lots of time to practice. After a few years of playing together we became a proficient band for our age and began to play a few shows and get together. After being on the stage I was hooked. It was so much fun and all the work was finally paying off. I continued on playing music with my first band till I got out of high school. Shortly after graduating I sign up for the military. This was in 2001 not long after the 911 attacks and I did not go overseas until 2005. Throughout this time I continued to make music and played with a number of bands as a singer and/or guitarist. Around the later years of the 2000’s I started playing music with my first band again. We made a good run but did not have the financial backing or will to succeed in such a business. I got a degree in web design that did not serve me well and worked dead end jobs mostly. It was a difficult time for me. I struggled financially and ended up in a divorce. Around 2009-2010 I met my wife and began to get things together. I ended up as a CNA at a local nursing home an worked there for almost 3 years. Around 2013-2014 I went to an Indie Lagone show for a meet and greet. I liked the vibe of the music and the laid back atmosphere of the band. It was a nice break from all the very serious heavier music I had played in the past. I started nursing school in 2015 and made it though by the skin on my teeth. As my career got better the band finally started finding stable band members and we began to grow in a positive direction. The direction of the music changed and we worked with a A and R representative to make better more marketable music. We did lots of analysis on popular music and structures of songs. It helped us immensely and we feel like our new music is the best we have made yet. On January 26, 2017 my baby girl Emberly Nyxx was born. I am so thankful for everything I have and glad to be a part of such a dedicated band as Indie Lagone. 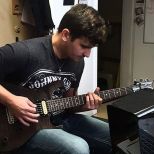 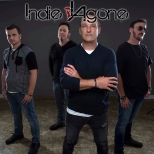 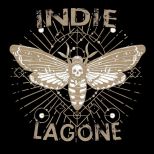 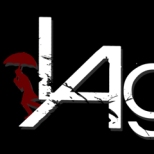 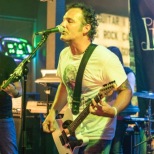 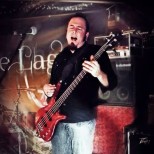 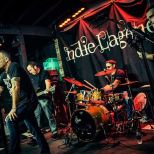 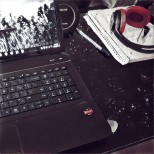 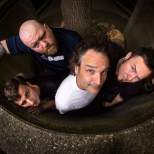 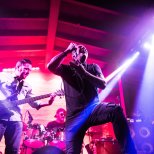